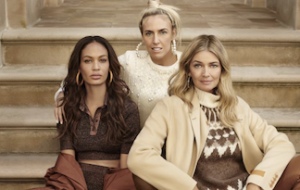 Pizza Hut still offers their famous Personal Pan Pizza, you just have to know where to get one. Select Pizza Hut locations still make the individual version of their famous pies, which were a staple of the 1990s for the pizza franchise and its fans. In this guide we'll dive deep into this deep-dish creation and show you how to get a Personal Pizza at Pizza Hut. 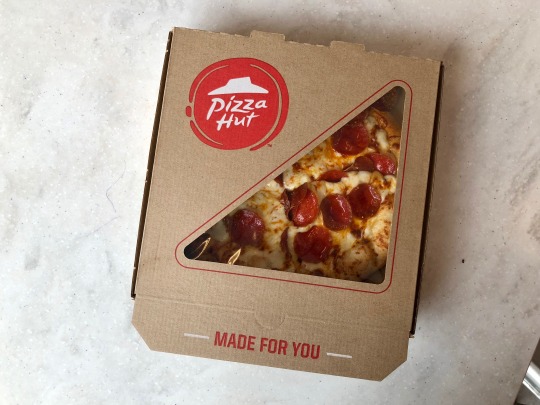 The Personal Pizza from Pizza Hut

With more than 18,000 locations in more than 100 countries worldwide, it's hard to believe that Pizza Hut has humble beginnings in Kansas in the 1950s. At the time, chain restaurants were beginning to proliferate in the United States (McDonald's was born in California in 1955), and the idea of a large pizza chain was an unrealized opportunity. It was against that backdrop that Pizza Hut was born in 1958, and the pizza in a pan has deep roots with the franchise.

Back in 1958 when Dan and Frank Carney opened up a local Wichita pizza parlor, they began experimenting to achieve the optimal crust thickness. While they originally spun up a thin crust version of their pies, they eventually moved to a thicker crust, likely to support the weighty toppings that became a staple of their quickly-growing brand.

By 1975, a full 17 years after the franchise's founding, Pizza Hut still offered their pizza in just one size, a 10-inch pie. But that same year they created a line of toys for kids, including an easy bake oven that let you cook a real personal-sized pan pizza at home. By 1980 the pie in a pan became so widely requested that the chain looked for ways to get it into the hands of as many customers as possible. Three years later in 1983, Pan Pizza at Pizza Hut was born. Designed to be larger than a slice, but smaller than a full-sized pie, the 6-inch mini pie clocks in at around half the size of its sibling pizzas. Guaranteed to hit your plate within 5 minutes of ordering (or your next one's free!), the personal pizzas proved perfect for time-conscious lunchtime diners and helped fuel Pizza Hut's rapid expansion. Lunchtime sales increased by 70% due to the novel creation, and the franchise opened its 5,000th location in Dallas in 1986.

Throughout the 90s, Pizza Hut continued to experiement with various pizza sizes and styles, including the Topper Pizza (30% larger than a normal pie with 50% more cheese), the BIGFOOT Pizza (2 square feet), Stuffed Crust Pizza (14-inch pie with cheese in the crust), and TripleDecker Pizza (6 types of cheese sandwiched between two crusts).

As the focus shifted to larger portion sizes and more extreme pizza designs, Pizza Hut's Personal Pizza fell out of fashion. In fact, during this time, pizza creations got so outrageous that it wasn't uncommon to see Oreo Pizza (thanks Domino's), Pizza Bites meant to be eaten like popcorn (another Pizza Hut creation), Pizza as a hamburger bun, and Breakfast Pizza (thanks again, Domino's). These commanded higher ticket prices and were more profitable for pizza franchises, causing the individual pizza to be swept into the personal-sized dustbin of history…almost.

In 2019, Pizza Hut announced that they were reviving the Personal Pan Pizza and giving it a makeover for the first time in more than 40 years. The new recipe took 3 years to perfect and features the debut of a special pan intended to maximize crust crispiness, among other improvements. If you're wondering how to get your hands on one of these, you can find them at select Pizza Hut locations. In some stores they've been reported to only be available for dine-in orders, however, and not for delivery.

At Pizza Hut Express in Target

Your best bet to pick up a Personal pan pizza from Pizza Hut is at Pizza Hut Express in Target. Target locations that still contain a Pizza Hut, typically have the personal pan pizza on the menu. Even some Target locations that have phased out the full Pizza Hut food court maintain a snack bar where you can get grab-n-go Personal Pan Pizza Hut pizzas. They come packaged in Pizza Hut's famous brown deep-dish box, albeit a tiny version with a cute little window. It has been reported that the Target version is not as tasty as the original one you'd get in a full-scale standalone Pizza Hut location, but they are about half the price.

Free with BOOK IT

The BOOK IT program was developed by Pizza Hut in 1984, and offers incentives to students aged 4-12 who are interested in learning reading. Run from October through March each year, students who join the program can earn Reading Award Certificates that can be redeemed for a one-topping Personal Pan Pizza from Pizza Hut. Students can earn their personal pizzas on a recurring basis and can redeem a maximum of one certificate per month in their own name.

How much is a Personal Pan Pizza at Pizza Hut? You can get the revamped version for $7.99 when dining at a standalone Pizza Hut restaurant. The price at Pizza Hut Express in Target can range from $3.99 to $4.99, with the most common price point being $4.49.

A whole 6-inch Personal Pan Cheese Pizza from Pizza Hut has 590 calories and 24 grams of fat in a 207-gram serving.

How big is the Personal Pan Pizza at Pizza Hut?

Pizza Hut's Personal Pan Pizza is a 6-inch pie that weighs about ½ of a pound.

With so many requests for this cult classic, we decided to explore all of the elements of what makes a Personal Pan Pizza from Pizza Hut so delicious. When you really break it down, it's easy to get a feel for how unique and different this creation is from a normal pizza pie.

Perhaps it's no surprise, but it all starts with the pan. The depth of the pan is the critical element in creating the perfect personal-sized pizza. Playing on the deep dish concept, a deeper pizza pan enables the bottom layer of the crust to emerge from the oven buttery and crunchy while the dough inside remains soft, fluffy and moist. This is because as the dough leavens into bread, it undergoes a frying process while it bakes in the pan.

When the dough hits the pan, the work has only just begun on crafting the perfect personal pan pizza. Pizza Hut perfected the pushing down of the dough in order to create a ridge that runs around the circumference of the pan. Adding this ridge is the most important part of baking a perfect crust, which acts like a handle for your pizza. Personal pizzas have a much higher cust-to-slice ratio, so it's vital that the crust comes out crispy, and able to support the bulk of the pizza you're holding. Personal Pan Pizzas from Pizza Hut weigh about a half a pound. So while it may be small, it's quite a heavy little deep-dish pizza.

The next most important component of what makes Pizza Hut's Personal Pan Pizza great is the sauce. Always remember, when it comes to deep-dish, sauce comes first. Unlike traditional thin crust margherita-style pizzas, which often put the cheese down first, deep dish pizzas are able to sustain the extra weight of generous helpings of tomato sauce and you can really feel free to lather it on. The sauce will sink into the dough, helping it remain moist during the aforementioned baking and frying process. As soon as the ladle hits the dough, you'll want to move it around in a slow and consistent counterclockwise motion. This will ensure that the sauce is evenly spread around the pie.

Pizza Hut Personal Pan Pizzas feature about ⅓ of a cup of mozzarella cheese, sprinkled evenly on top of your sauced-up dough. From there, the toppings are placed atop the cheese, moments before it hits the oven. Typical adornments include pepperoni, sausage, and green peppers.

Pizza Hut cooks their Personal Pan Pizzas in a 600-degree conveyor oven, which combines the benefits of a convection oven with the movement of a conveyor belt. Convection ovens aid the baking process by circulating air, resulting in a more evenly-baked pizza. Conveyor ovens take this to the next level by moving the pizza through the heat source in order to speed up cooking time. Conveyor ovens can get scalding hot, perfectly searing the cheese and crisping the crust, while enabling the dough to remain soft and spongy inside.

The Personal Pan Pizza at Pizza hut packs quite the punch inside its small and dense frame. It's pretty amazing that such a small item (and a smaller version of their main product at that), has such a pivotal role in the shaping of the world's largest pizza franchise. As one of the most requested items at Pizza Hut, we hope this guide has helped you get back in touch with an old favorite.
Get SoLoyal, Earn Rewards.

How to Land a Job at AutoZone